With The Binding of Isaac: Repentance almost complete, I thought that now would be a good time to look at some mods for The Binding of Isaac. These are some of the best mods you can get for the game, adding new ways to play, and in some cases acting as full-on expansions of their own. While not everything here is canon, it’s definitely a way to enjoy this game with a fresh new look and feel.

By its own admission, this is a fan-made expansion — it’s just unofficial. The mod is actually supposed to be an expansion for The Binding of Isaac: Rebirth, the latest update for the base game. Don’t take that description lightly; this mod really does go all out in what it delivers. There are two new characters — each with their own unique play styles — to play as you explore the Basement and beyond. This alone adds a lot of depth to the game, but it’s the 90+ collectibles that will keep you searching for more and more unique combinations to use that will keep you playing. These are necessary in order to take down some of the 80+ brand new enemies, though the addition of around 20 new Trinkets also helps.

If none of that sounds impressive enough, then how about 16 new bosses to fight and 4,000 new rooms? I thought that would get your attention. To top it off, there are also new secrets, a fully enhanced soundtrack, and a hidden final chapter to discover and explore. With this mod, you may not even need Repentance.

Credit: The Binding of Isaac: Antibirth

This mod was built for those looking to mix things up in Afterbirth. What it does is provide all the items that are widely considered to be powerful (by community standards) in your starting room. No need to explore, as they’re just plonked there on the floor waiting for you to pick them up. They’ll also appear in the starting room of each new floor.

The idea is that you now have the most powerful items in the game to create different combinations to start with and test out in a full run of the game. It may not seem fun to some to have an overpowered build from the beginning, but for others this could be a chance to actually beat the game in every single level. If nothing else, it’ll help you focus on defeating enemies rather than sucking up items and deciding whether to do the next Devil Deal. 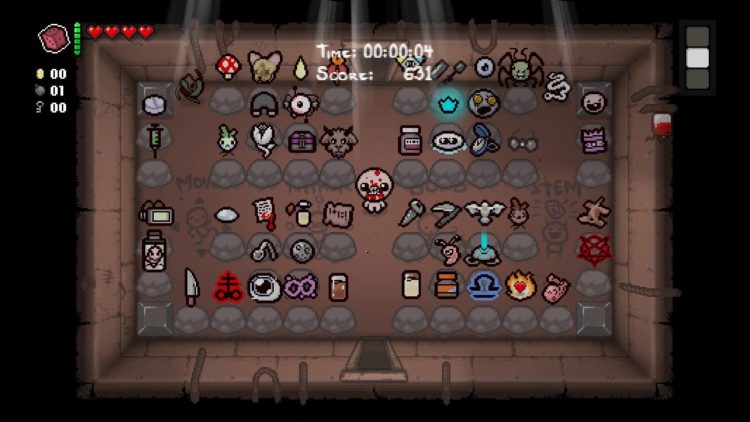 This is one of those The Binding of Isaac mods that you may not even notice. It changes up the Special rooms (the Item, Angel, and Devil rooms), adding in a collection of items for you to pick from. The idea is that you now don’t have to worry too much about the items you’ve collected. In every floor there will be at least one opportunity to enter this room and pick up something else, changing the active synergies you have enabled. It’s perfect if you want to test out lots of different items together, but not great if you want a fair run at the game. 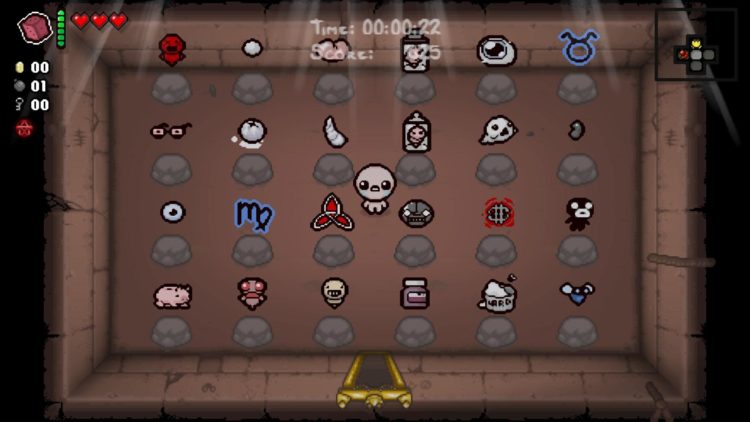 You may not even want to try this mod, unless you’re a glutton for punishment. Every single boss in the game is changed with this mod, and they adapt to how you play. This isn’t quite as clever as it sounds though. Depending on the choices you’ve made, such as the Devil Deals you make and the items you pick up, you may end up giving a boss more health or damage. It adds a whole new dynamic to playing The Binding of Isaac, one that I think is too stressful for me to pull off. You might enjoy it, though. 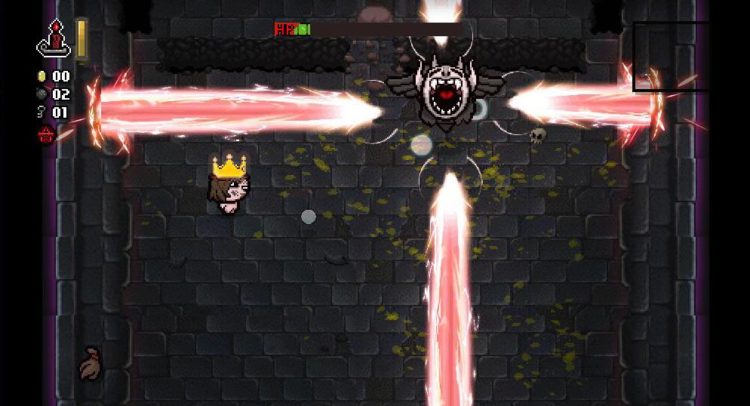 Poor Isaac cannot catch a break. This mod is pretty simple, and has very little description to add to the mystery around it. There are more than 100 new enemies, and over 2,000 new rooms. This is a nice alternative to some of the other Binding of Isaac mods on this list that may be a little too intense. It’s definitely not vanilla, but maybe somewhere around banana — safe yet slightly adventurous. 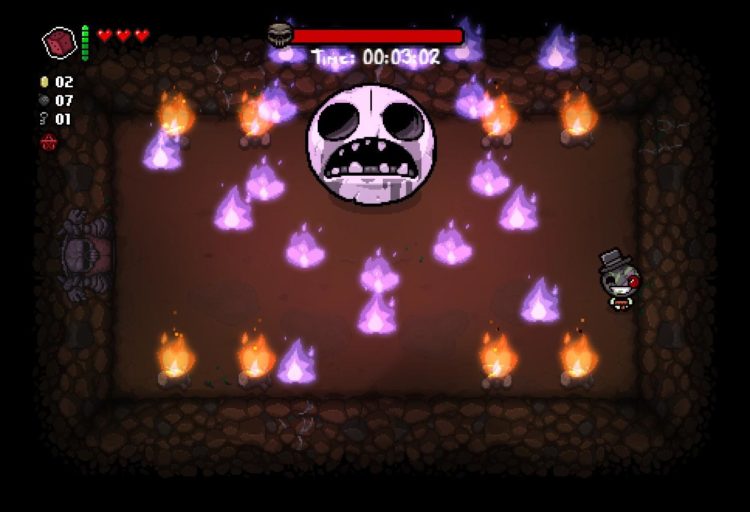 Credit: The Agony of Isaac

Here we have a mod that is designed to be a vanilla-style expansion to The Binding of Isaac: Afterbirth. It adds a load of new rooms to explore and master, as well as a couple of new enemies. The difference is that these aren’t completely insane monsters that don’t fit within the lore. They’re meant to be part of the game’s world, and fit thematically with everything else you come up against. It also adds a new layer of challenge, but it’s not obvious about it. As you unlock new rooms and levels, you’ll notice the subtle differences that have been made to increase the difficulty, or make something else slightly easier. It’s devilishly vague, but also incredibly intriguing. 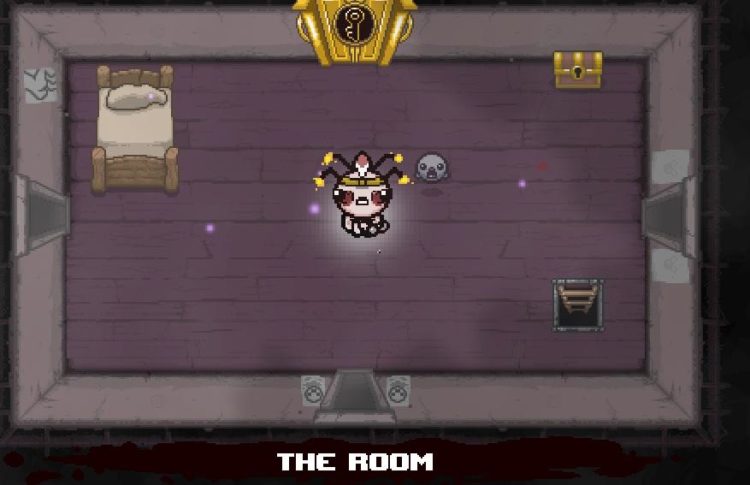 This is another flavor of ‘small expansion mod’ to try out. It adds quite a lot to the game, including 65 new item rooms, 55 new curse rooms, and 33 new challenge rooms. There’s a lot on offer here, and some of it has been built to subvert your expectations. I’d say this is a nice mod to start out with if you’re unsure about some of the larger ones. It’s not compatible with other mods anyway, so you’d only be able to use it by itself. It will keep you on your toes though, even if you’re an experienced player. 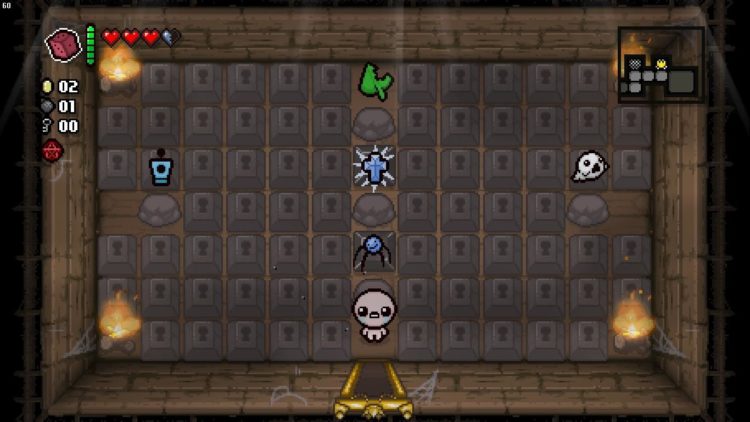 This mod is more just for fun than anything else. I doubt any purists out there would go near it. It simply gives every active item an infinite charge, and it’s about as insane as it sounds. You no longer need to clear rooms in order to charge anything up. You can just pick up an item and go nuts with it. Honestly, this mod is absolute carnage. When you’ve had a tough couple of runs though, sometimes this is what you need to get you back on your feet and feeling good about yourself again. 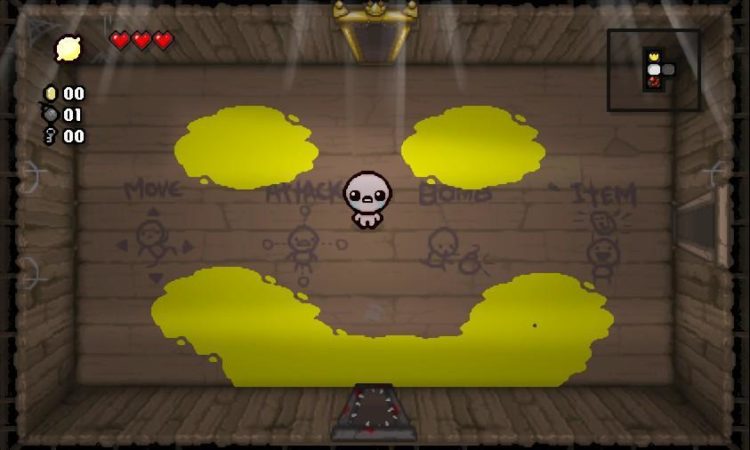 Those are my top choices when it comes to The Binding of Isaac mods. I hope there’s something that looks appealing to you in there somewhere.