Amazon officially announced its cloud gaming streaming service today called Luna. It will take on the likes of Microsoft’s xCloud, Nvidia’s GeForce Now, and Google Stadia, but even more competitors are still on the way. The fact that so many big tech companies are jumping onto the cloud gaming bandwagon though suggests that the concept could truly be the next big thing. Amazon seems fully committed for the time being, and showed off an expansive program for Luna today. It supports unique features, competitive pricing, a custom high-end controller, and of course, plenty of games.

The Amazon Luna service sounds good on paper, and the developers seem to have more long term goals in mind as well. The official product description states that “Luna is a cloud gaming service that lets you play games on compatible Fire TV, PC, and Mac devices as well as through web apps on iPhones and iPad.” It already sounds versatile and accessible, but we’re going to focus on the PC application. The implementation is what matters more than anything, and platforms like Google Stadia have proven in the past that cloud gaming still has a ways to go overall.

It works, and it works for you

Latency and the widespread lack of access to high quality internet connections are the major cons still working against cloud gaming. Amazon seems to have recognized these limitations though and is marketing Luna differently than say, Stadia. For starters, 1080p gaming is the target resolution Luna expects to be popular. It’s not trying to ride the marketing wave of 4k just yet, and won’t launch with 4k support either. That’s reasonable, because most people that don’t have access to fiber cannot hope to stream it anyways. In the service specifications, it mentions 35 MB/s will be needed to stream 4k. Likewise, only 11 MB/s for 1080p. The service also points out that users should anticipate using about 10 GB of data per hour at 1080p.

Looking closer at Luna’s infrastructure, it is powered through Amazon Web Services. This is generally good news, as the tech company has plenty of experience in that sector. Of course, we will have to see how stable things actually are, but a lack of resources certainly shouldn’t be a problem for them. What will likely concern most players though is the issue of latency. Again, it seems that Amazon has recognized where Stadia went wrong and has an innovative solution to help deal with that.

Remember the unique controller we mentioned earlier? It doesn’t use Bluetooth, because that introduces overall latency. Instead, it features an integrated Wi-Fi antenna design which Amazon claims will reduce roundtrip latency by roughly 17-30 milliseconds. I still have images of heavily delayed input seared into my brain from Stadia, so if this actually works, props to them. Overall the controller looks about like an Xbox controller, but it features support for Alexa, too. The $49.99 price tag is not great at first glance, but if it does what it says and holds up in build quality, then it’s a small price to pay. After all, one of the main draws for cloud gaming is that you don’t need a pricey PC to enjoy great graphics. 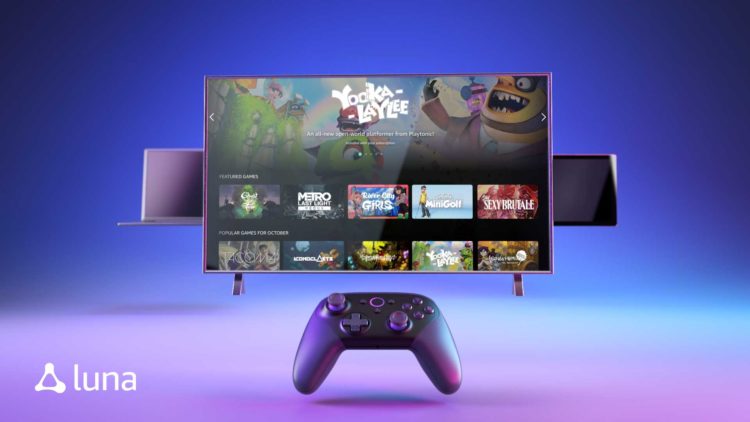 You don’t need the custom controller though to play through Luna. The service also supports the Xbox controller, mouse and keyboard, and Sony’s DualShock 4. The only other limitations to keep in mind for your PC are that it will need to operate on Windows 10 and support at least DirectX 11.

Now that there are multiple major players in the cloud gaming sphere, the competition is starting to heat. Amazon is distinguishing Luna in a few key ways and Twitch integration is a major part of that. For those that may at times forget, Amazon is indeed the owner of the popular Twitch streaming platform. Amazon has also made it clear that it intends to invest heavily in the games industry, and cloud gaming via Luna appears to be the next step. Luna advertises the ability to switch instantly from Twitch to playing supported games. The developers envision players watching streams and then going off to experience the action for themselves. 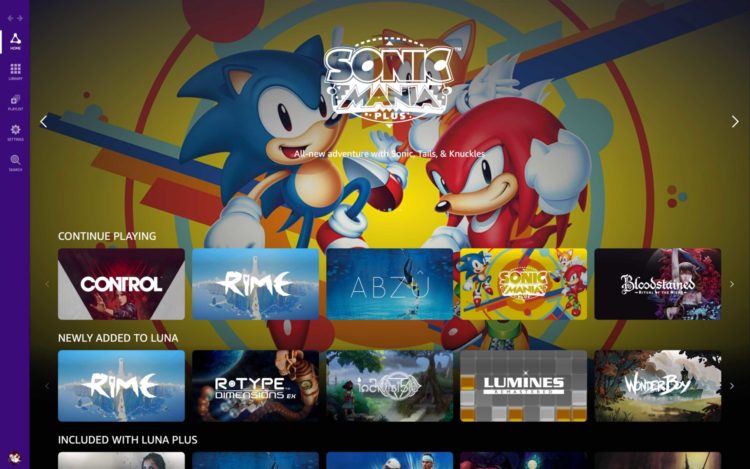 Of course, selling that idea of instant access requires a large gaming library. Amazon says more than 100 games will be available on the Luna Plus channel alone. That is what they are calling the subscription by the way. Luna Plus will include a mix of action, adventure, platformer, indie, shooter, RPG, racing, and classic games from Ubisoft, Capcom, 505 Games, and Team 17 to start with. It’s not a bad list by any means, but at least some of the Ubisoft content will cost more.

Luna will offer an additional add-on channel featuring all of Ubisoft’s games including brand new releases. It sounds a bit like Uplay Plus, which runs for $14.99 USD per month. That means this service could get potentially pricey if additional publishers add channels in the future. However, we shouldn’t count out Amazon itself, as it has a full-fledged game studio division. Those games will likely make it to Luna in due time. 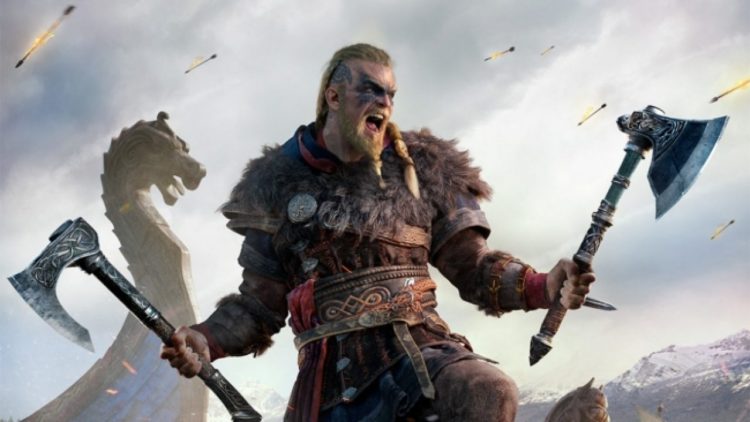 Assassin’s Creed Valhalla will be available via Luna’s Ubisoft channel on day one of its release.

Luna Plus will kick off at $5.99 USD per month as introductory pricing during the early access period. After that, it will renew at a higher monthly subscription price that Amazon has yet to announce. Fortunately there’s no contract, so you can just look elsewhere if it becomes too pricey. Seeing as how things are getting quite competitive for cloud gaming, it will be interesting to see how business models such as that for Amazon Luna will evolve over time. Microsoft really kicked up the heat this week by announcing a lot of major additions to Game Pass. If Amazon wants to keep up, it will need to keep brokering new partnerships.

While the implementation of premium channels for Amazon Luna does sound interesting, it might defeat the point. Value is supposed to be one of the selling points for cloud gaming, after all. The service will need to really deliver on quality if it wants to see long term success. There are plenty of competitors that may undercut it or offer better value. We’re still waiting on Steam to debut its model as well.

The Luna service is only available by invitation at the moment, but you can request early access here. As a final note, it’s only available in the mainland US at this current time.