In the sub-genre of truck driving simulators, SCS Software’s products are the undisputed kings. Euro Truck Simulator 2, in particular, has garnered a lot of prestige over the years. The respect for SCS and its work is now clearly seen with the studio partnering up with real-world truck manufacturer Renault to reveal its new trucks in Euro Truck Simulator 2. After teasing for the last few days with the trucks covered in virtual curtains, the new models have been revealed as the Renault Trucks T Evolution & T-High Evolution.

These new trucks are now available to every owner of Euro Truck Simulator 2 to buy from the in-game Renault dealership with in-game money, of course. Even if you might need to sell your current truck to pay for this, it’s worth the trade considering that these are brand-new, state-of-the-art trucks.

Never before has a truck manufacturer done something like this, so this is a milestone for the truck simming world and definitely one for Euro Truck Simulator 2. It certainly helps that this reveal has come after the recent release of Update 1.40, which introduced a gorgeous new lighting engine that makes these trucks look all the more beastly.

Renault is calling in the community (contest time!)

SCS and Renault are also reaching out to members of the community to really seal the deal on this event. They are inviting fans to create a custom design for the T High Evolution model; a design that will be featured both in Euro Truck Simulator 2 and in the real world. The contest will run from April 7 to April 25, 2021. The design can be created by any means; even drawings of it on downloadable images are allowed. But be sure to peruse through all the rules and regulations before cranking up those artistic fingers.

Once the dust of pencil erasers has settled, five finalists will then go against each other in a community vote between April 30 and May 2. At this point, each of these finalists will receive a Thrustmaster T150 steering wheel and pedal set; a perfect peripheral for sim trucking, as well as sim racing. 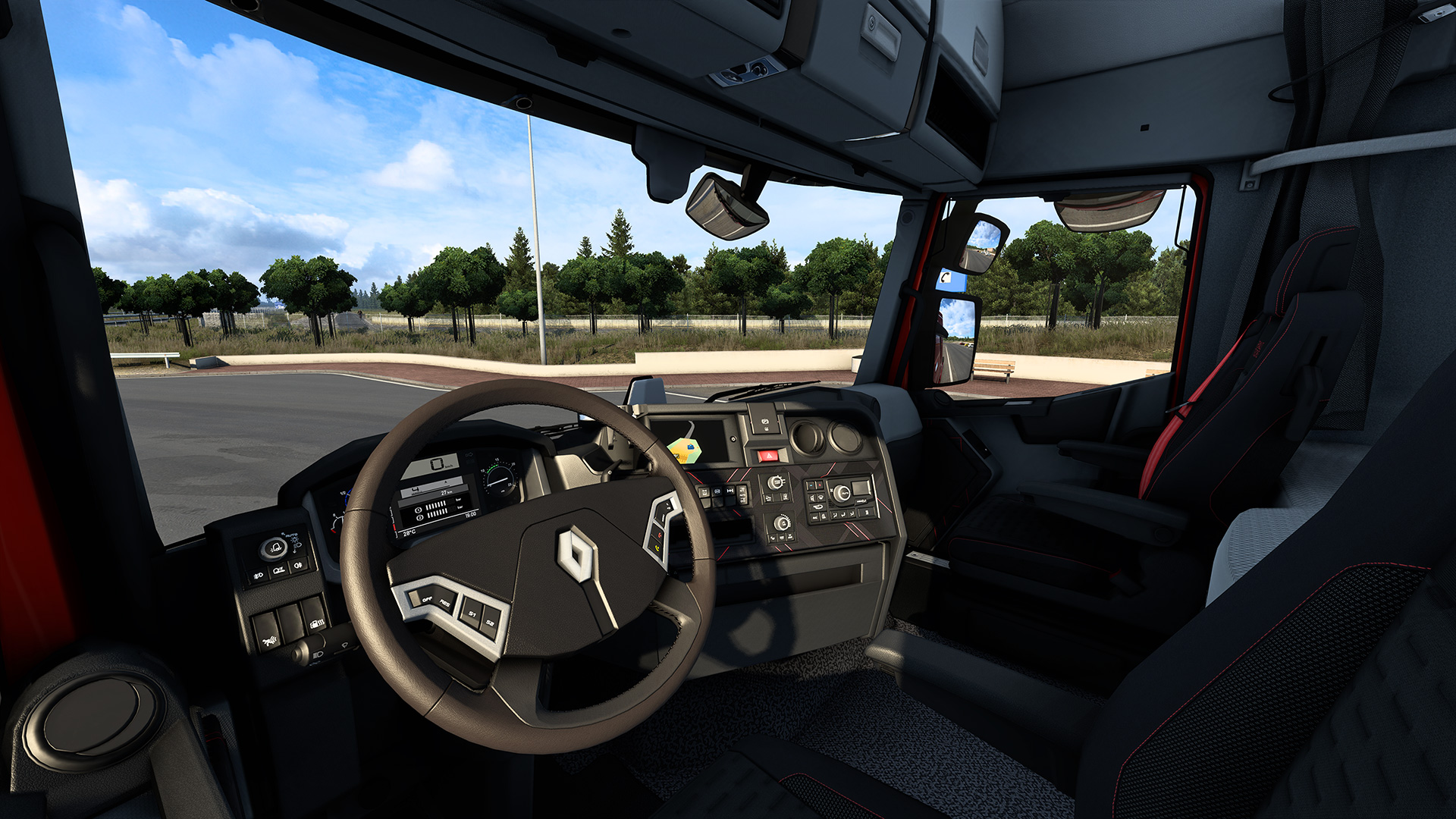 The overall winner gets the grand prize of having their design recreated by Renault and painted onto a production truck in time for a reveal event during the summer. Renault will pay for the designer to visit this event with VIP treatment, in addition to having the ability to test drive that truck for themselves and hang out with members from SCS and Renault. Renault will display the truck at its real-life dealership in Lyon, France. The truck will then be made available in-game.