Some of Genshin Impact‘s secrets can be tough to find. One of these happens to be a secret island that’s part of a quest known as Time and the Wind. Here’s our guide to help you out.

Note: For more information, check out our Genshin Impact guides and features hub.

Genshin Impact: Getting to the secret island

Genshin Impact‘s secret island can be found further east of Starsnatch Cliff. In fact, it’s not even visible on the world map.

Instead, you’ll simply see it as a landmass over yonder and getting there can be a doozy. 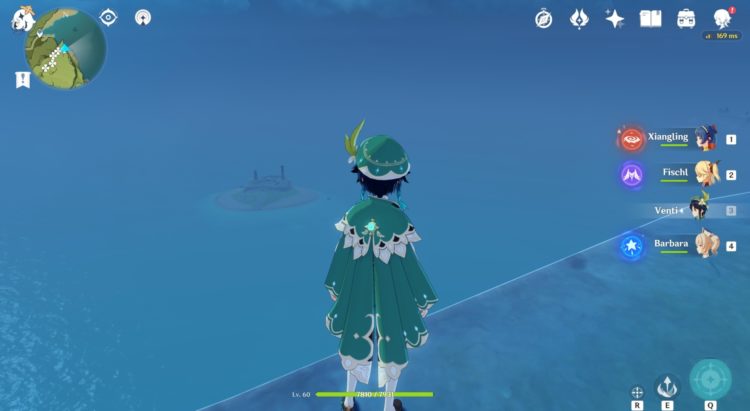 If you attempt to glide or swim towards it, you’ll run out of stamina.

It’s much better to use Kaeya and cast his elemental skill. This creates a frozen bridge that lets you cross the body of water. 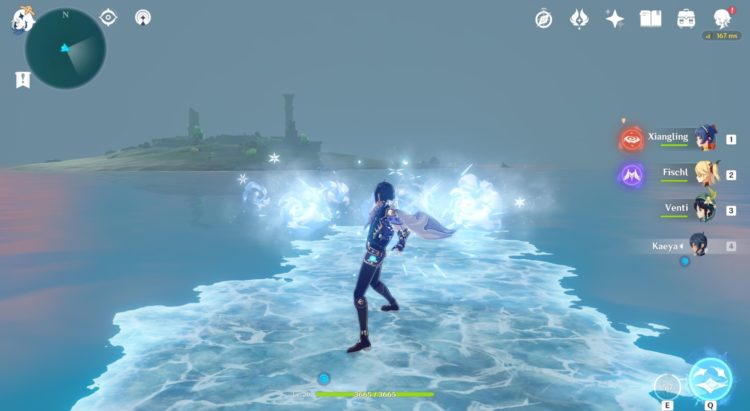 Once you reach the secret island, you’ll find loads of treasure chests (some are even hidden), lots of crabs for your cooking recipes, and an Anemoculus.

Grab all of these now since it’s a pain in the butt to return here later. 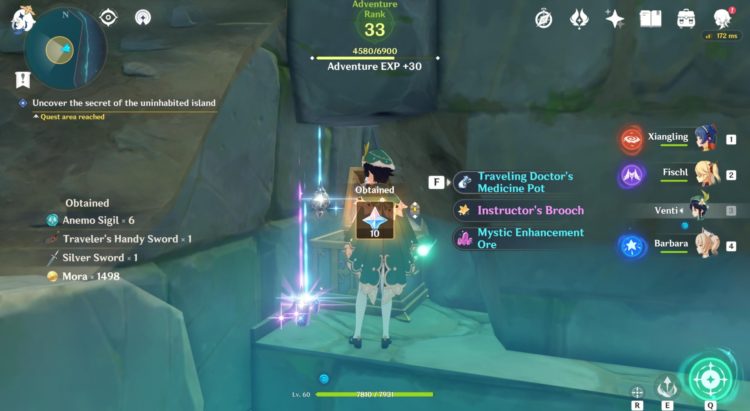 The Time and the Wind quest

As for Genshin Impact‘s Time and the Wind quest, the objective is to power-up the sundial.

Interact with it to receive some clues. 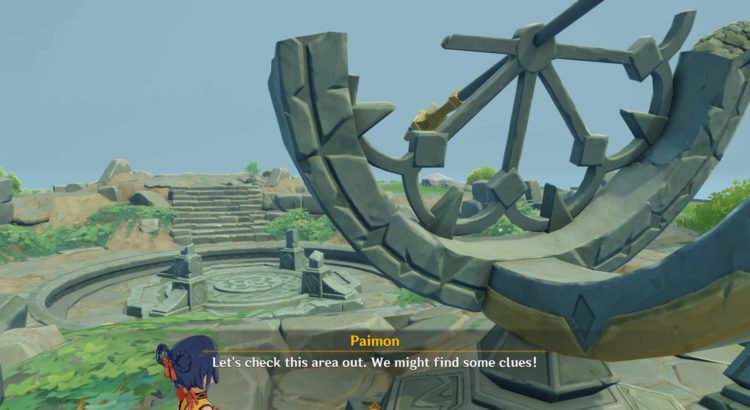 Next, break the stone block at the southern edge of the island to receive a Ragged Notebook. 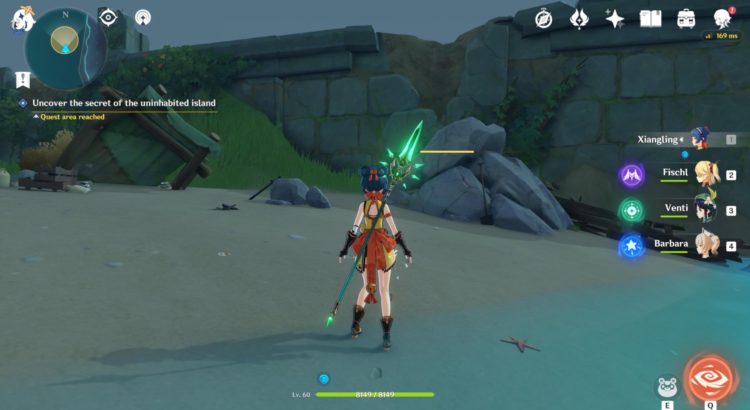 Go near the sundial and activate your Elemental Sight (hold the middle mouse button). You’ll see energy lines darting around. 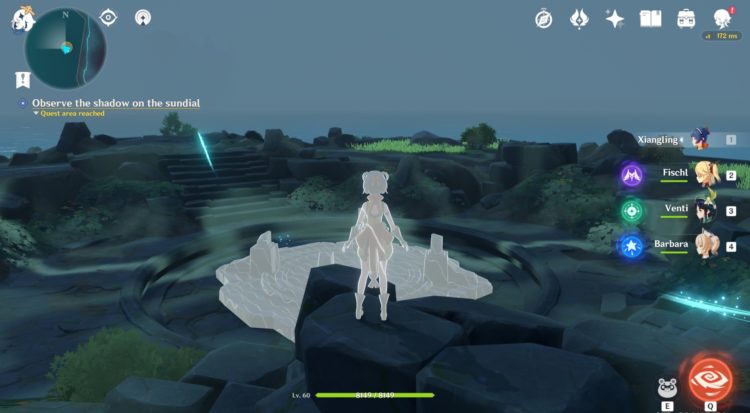 Follow the energy lines to spot a curious-looking orb. Destroy the orb with an Anemo skill.

Note: Quest objectives that are visible with your Elemental Sight active (i.e., orbs) will appear only if the in-game time is set between 2:00 a.m. and 5:00 p.m. 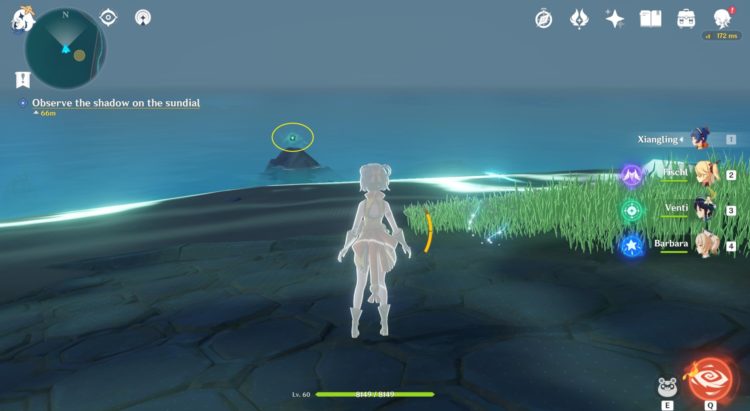 Next, you need to destroy three more orbs. Use your Elemental Sight to pinpoint these locations: 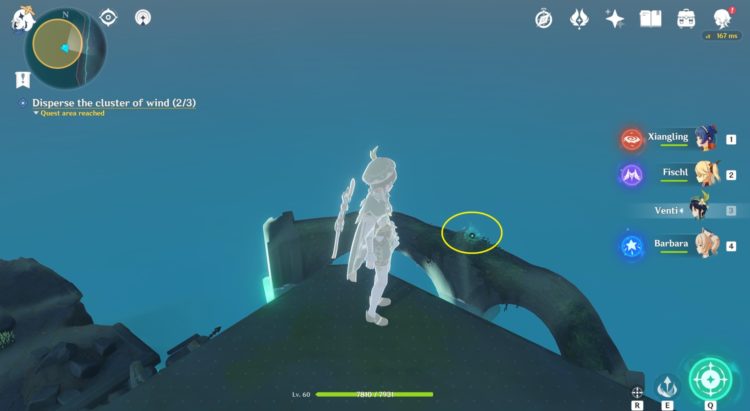 Activate your Elemental Sight and shoot the giant orb in the center. This spawns an Eye of the Storm enemy.

Note: This and other mobs you’ll face are level 40+. 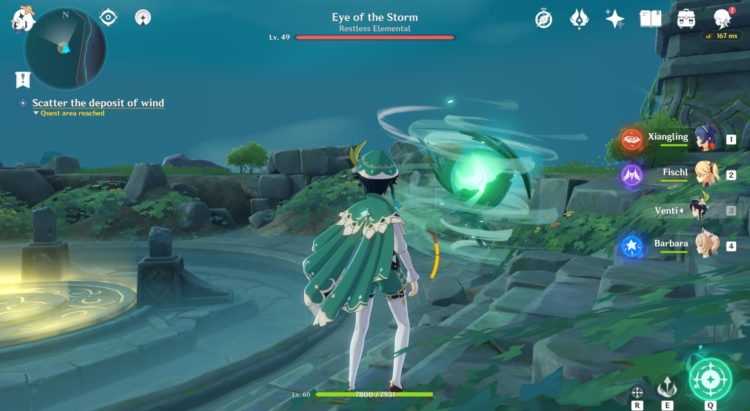 When you’ve lowered the target’s health, it’ll teleport away. Use the wind current to glide all the way back to the continent. 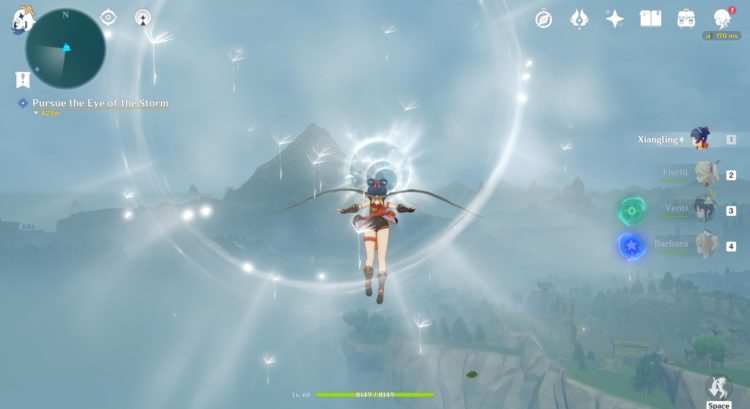 Kill the enemies here and speak with the nearby NPC, Henry Morton. 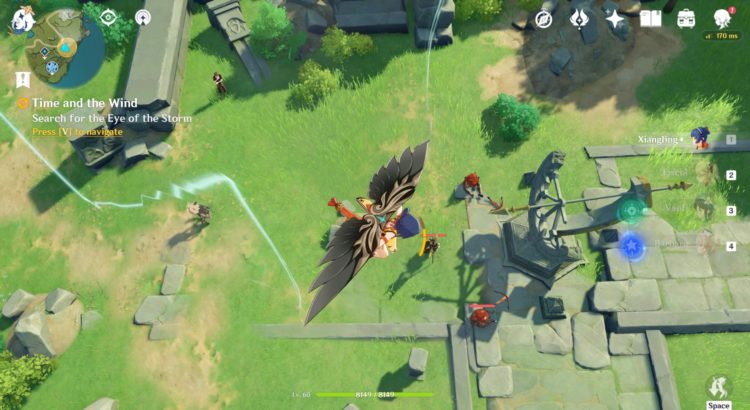 Then, activate your Elemental Sight and destroy the four orbs surrounding the sundial. 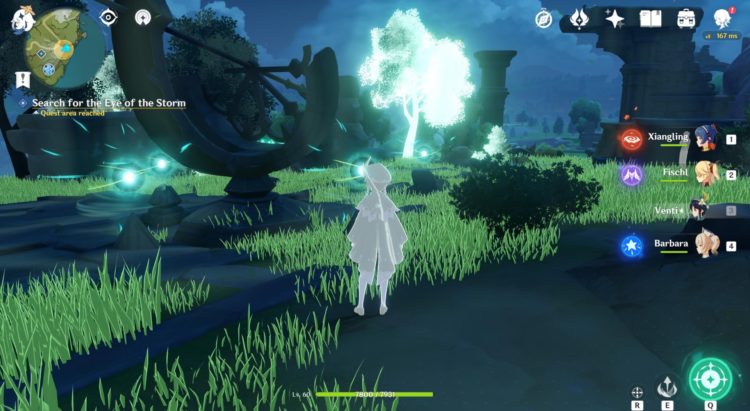 Lots of mobs will spawn, including the Eye of the Storm. Defeat it, then speak with Henry Morton. 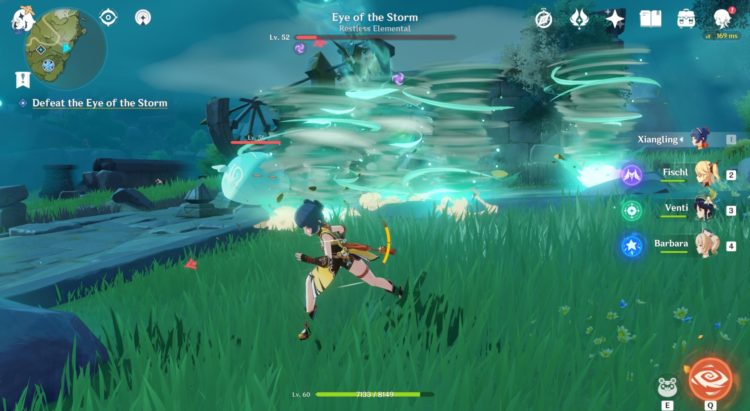 Genshin Impact is available via its official website. For more information, check out our guides and features hub.